Academic institutes can opt to become institutional members of MRC with a nominal annual registration fee of Rs. 1,00,000/- for academic institutions. Write to us at director.mrc@foundationforuda.in to formally apply

The institutional members enjoy a host of benefits including the below:

• Sharing of expertise with regular interaction.
• Sharing of research outcomes and publications.
• Invite to regular events and co-hosting of events.
• Access to the Maritime Library.
• Participation in the Open Day event held every six months.
• Participation in the research activities.
• Data sharing only for research scholars at MRC.
• Hosting of students for project work with expert guidance.
• Joint submission of research project proposals is possible.

Memorandum of Understandings (MoUs) can be signed with member institutes on very focused collaboration programme with clear terms of references. Institutes need to become institutional members prior to signing MoUs.

Shri Guru GobindSinghji Institute of Engineering and Technology (SGGSIET), Nanded established in 1981 has grown to the level of being recognized as a leader in the area of technical education and research. Started with just two undergraduate programs, it now offers 10 undergraduate and 10 postgraduate programs. It offers Ph. D. program under its affiliating University, Swami RamanandTeerthMarathwada (SRTM) University, Nanded. The Institute has taken proactive steps to depute faculty to various IITs and NITs for higher studies. The faculty not only acquired higher qualifications but also brought back along with them the culture of these premier organizations. SGGSIET is rich in highly qualified faculty with more than 50% of the regular faculty being doctorates.
VPKBIET

VPKBIET has student centered institutional development as a motto. They are committed to pursue academic excellence to develop a student with comprehensive technical knowledge and integrated personality. They prepare students to think globally, act locally, involve individually and systemize institutionally to meet emerging industrial and social needs. The college is consistently among the top 5 colleges of Pune University in examination results. The excellent infrastructure, friendly clean environment, well equipped Modern Labs, and dedicated staff, have also helped to achieve these results.

P.E.S. College of Engineering, Mandya is one of the pioneer Engineering Colleges in India. Presently it is affiliated to the Visvesvaraya Technological University and is recognized by the All India Council of Technical Education, New Delhi. Previously it is affiliated to the University of Mysore. It is an institution functioning under the grant-in-aid scheme of Government of Karnataka. The College was established in the year 1962 by People’s Education Society currently known as People’s Education Trust (R), with the help of philanthropic farmers of Mandya District. The sole objective of the college was to promote Technical Education among the students of Rural Areas. The Society was founded by late Sri K.V. Shankaregowda, former Education Minister of Government of Karnataka. He was a person with a missionary zeal and long cherished ambition to promote and disseminate knowledge, serving generally the cause of Education. 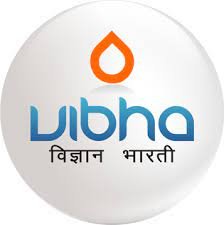